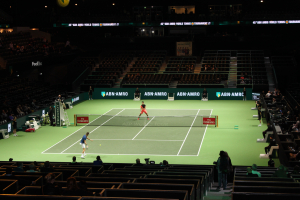 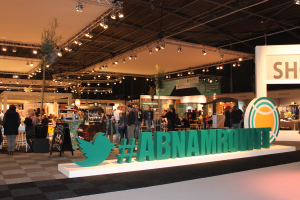 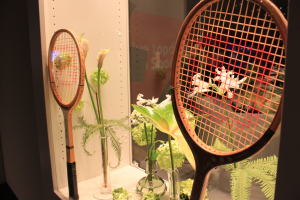 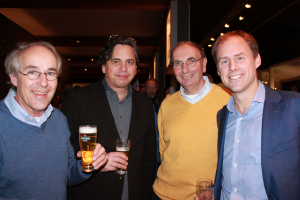 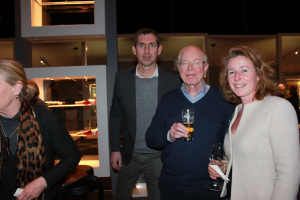 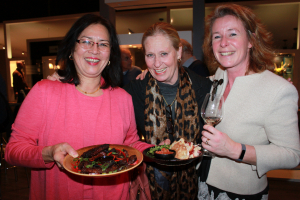 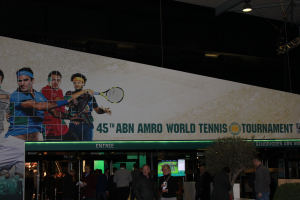 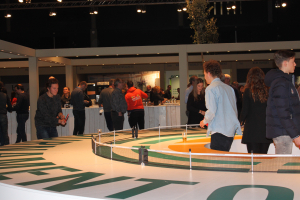 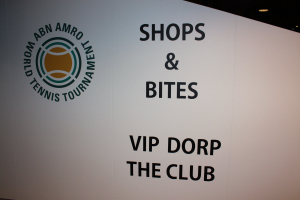 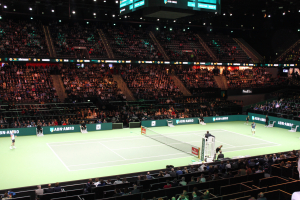 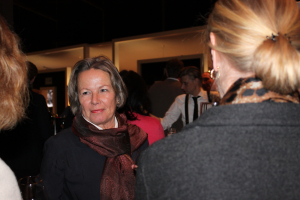 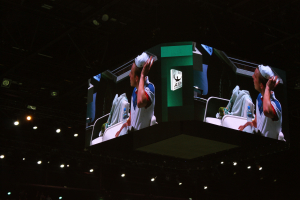 As I approached the Ahoy venue I was confronted by an imposing 10 meter image of King Federer and the other top players taking part in this year's ABN Amro world tennis tournament, not yet in and already excited!!

I immediately made my way to the practice courts to see if I could get a glimpse of the great man himself but unfortunately he had already left. However, I did manage to witness some impressive hitting from Andrey Rublev, a 20-year old talent from Russia (ranking 31).

I then made my way to the hospitality area, the VIP village, where I was warmly greeted by Ernst, Donne and the rest of the LBC Vrienden and made to feel very welcome with a nice beer, some tasty snacks and very nice company!

After some interesting discussions, and many bitterballs, we made our way to the stadium to catch the first match of the evening between Stan the Man Wawrinka and local talent, Tallon Griekspoor. On paper, this seemed like an easy win for Wawrinka, however, Griekspoor had obviously not read the script and proceeded to win in three intensive sets. Next up was young Canadian 17-year old talent Felix Auger-Aliassime, who has been tipped as a future great by Federer himself, against Krajinovic. Alas, the experience of Krajinovic was too much for Auger-Aliassime who went down in 3 sets, but showed us why Federer thinks so highly of him!

With the last match finished, I returned to my car with a renewed eagerness to hit some balls (and a slightly aching stomach from all the bitterballs)! Many thanks to the LBC vrienden club for giving myself and Polly Lam this fantastic opportunity and looking forward to our doubles matches 21 March at the LBC meets Toptennis kick-off!!